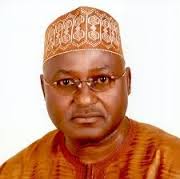 An aspirant of the Peoples Democratic Party in the 2014 governorship election in Plateau State, Jimmy Cheto, was on Thursday declared wanted by the Nigeria Police over a dud cheque he issued for a N22million loan he obtained five years ago.

The warrant for Mr. Cheto’s arrest was issued by the office of the Commissioner of Police, Police Special Fraud Unit, Ikoyi, Lagos.

The notice, which was advertised in the Thursday, June 11, 2015 edition of Daily Trust, said the former aspirant issued a dud check to his creditors for a N22million loan obtained in August 25, 2010.

The police had also offered a handsome reward to any person who locates Mr. Cheto and aids his arrest.

Reacting to the warrant for his arrest, Mr. Cheto denied he was evading the police.

Speaking with journalists on Friday at his residence in Jos, the Plateau State capital, he said no police personnel had confronted him over the issue.

“I am a law abiding citizen”, he said. “How can I resist police arrest? No police personnel has demanded my attention on this matter. For more emphasis, I have not travelled out of this country in the last five years. I have been in Nigeria; presently, I reside here in Jos, No. 19 Nasarawa Road Jos, Plateau State, and no police officer has looked for me. How can they say I am nowhere to be found?

“I believe the publication in Daily Trust of today (Thursday), page 9 was done to embarrass my person. But as a law abiding citizen, I have consulted my lawyers and they have advised me accordingly. I told my lawyers to accompany me to the headquarters of the Nigeria police here in Jos to report myself to the commissioner of police, so I am not wanted”.

Mr. Cheto, however, declined comment on the details of the N22 million loan, saying his lawyers have been fully briefed on the allegations.