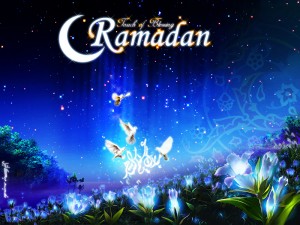 President Muhammadu Buhari has urged Nigerians to be patient and accept democracy as a lifestyle and not as a system of government in order to ensure development of the country. He promised to fulfill his promises to the people.

The president said this when he paid homage to the Emir of Daura, Alhaji Umar Faruk Umar, after he attended the Juma’at prayer at the Lowcost Mosque, in Daura, Katsina State.

“If Nigerians continuously follow the tenets of democracy the country will always be at peace since democracy on its own with its institutions has the mechanism for resolving conflicts peacefully,” he said.

Buhari urged those who were aggrieved after the 2015 elections to seek redress through democratic means and institutions. He said Nigeria was adopting democracy from the western nations and need to thread gently to avoid mistakes.

Speaking on the 2015 polls, the president said “It is not by power, it is not by wealth but by the Grace of God that I won the election”.

Buhari said that he decided to contest elections because of his commitment to serve the people and not to be served or to amass wealth.

He added that he had served the nation in different capacities in the past and had not had so much money in the banks either locally or abroad or anywhere in the world.

He said all he had over time “is integrity and commitment to serve the people’’ and said that he would fulfill his promises to the people.

Speaking earlier, the Emir of Daura, Alhaji Umar Faruk Umar said he had known Buhari for his consistency which had become the hallmark of his integrity.