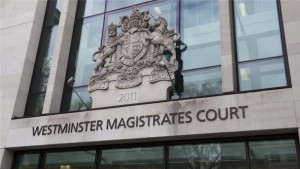 Rwanda’s foreign minister, Louise Mushikiwabo, was critical of the arrest , calling it “unacceptable” in a tweet. “Western solidarity in demeaning Africans is unacceptable!! It is an outrage to arrest #Rwanda-n official based on pro-genocidaires lunacy!” Mushikiwabo said. Aljazeera has more:

It was not immediately possible to contact Karake’s family or his lawyers and there was no response from the Rwandan embassy in London. In 2008, a Spanish High Court judge, Fernando Andreu, accused 40 Rwandan military and political leaders, including Karake, of engaging in reprisal killings after the country’s 1994 genocide.

The judge indicted the officials for genocide, crimes against humanity and terrorism, which resulted in the deaths of hundreds of thousands of civilians, including Spaniards. Speaking to the New Times newspaper, Rwandan justice minister Johnston Busingye said Kigali was discussing the matter with the UK government.

“I would be surprised if [the Spanish warrant] is one the UK is acting on. We will contest in the courts. We have sought explanation from the UK on this matter as well,” Busingye told the newspaper. Karake was remanded in custody to reappear at the court on Thursday.