The Bukola Saraki-led Senate had nominated Ali Ndume as the Majority Leader of the Senate, against the ruling All Progressives Congress (APC)’s directive that Ahmed Lawan be given the role. The Senate also nominated Bala Ibn Na’alla from Kebbi State, as deputy leader, Senator Olusola Adeyeye from Osun State as Chief Whip and Francis Alimikhena from Edo State as deputy whip. 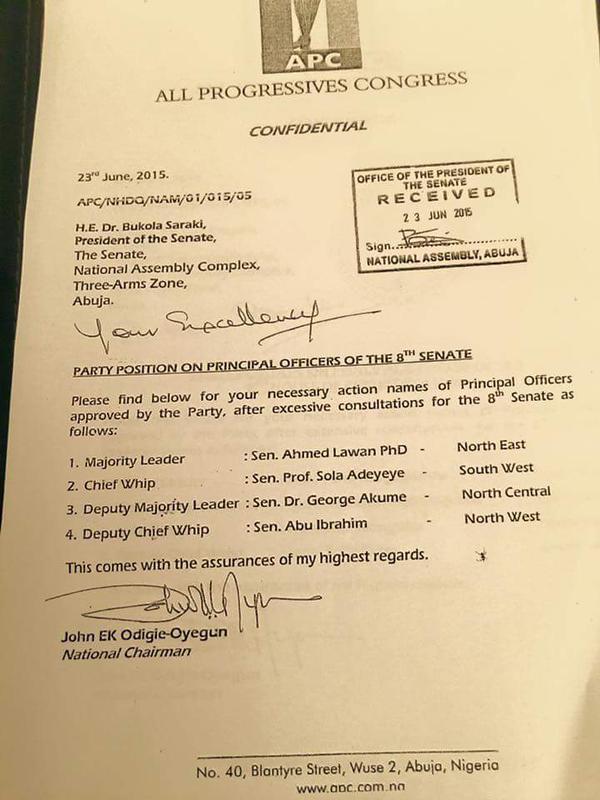 With that done, the 8th Senate moved to address the very important issues before it. The two committees inaugurated were Adhoc committee on finance to address the National Assembly budget and second, to draft Legislative agenda.

“Committee on Finance 2 [to] reduce our salary and that of Legislative agenda will continue to meet. Once we get ministerial list, we will reconvene,” Senate President Bukola Saraki wrote on Twitter.

“We made a commitment 2 Nigerians that it will no longer be business as usual. Committee on Finance set up 2 #UndressNass has 1 week to do so.”