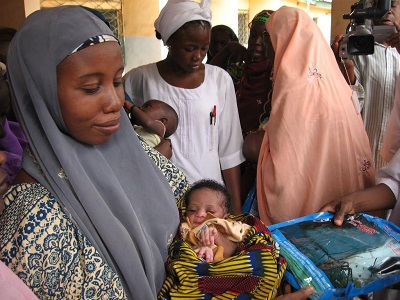 The Zamfara State Government on Thursday renewed its commitment to fight malaria in the state.

The Permanent Secretary in the state’s Ministry of Health, Lawal Bungudu, made the government’s position known in Gusau.

He said this while inaugurating a committee that would supervise the distribution of free treated mosquito insecticidal nets by an NGO in collaboration with USAID in the state.

About 2.6 million treated mosquito nets are expected to be distributed free of charge to an estimated four million people of the state by the Malaria Action Program for States, MAPS, with support from the United States Agency for International Development, USAID.

The permanent secretary said: “The committee will facilitate the smooth distribution of the nets while also ensuring that the product gets to the most rural community members of our state”.

He said the state government-owned health facilities now offers free medi-care and drugs to those infected with malaria.

He further said that apart from the routine sanitation exercise which placed emphasis on the clearing of all possible mosquito breeding areas, the state government is conducting more of this exercise during the wet season which just began.

He charged the 35-member committee, which is chaired by himself, to ensure that the nets were not diverted but given to the rightful users in order to eliminate malaria from the state.

Earlier, a representative of MAPS Country Representative who led a team of doctors to mobilise beneficiaries on the importance of the nets, Abdul Mussa, said the actual distribution would be carried out in August.

He said in order to prevent the beneficiaries from selling the nets, MAPS had decided to remove the nets from their nylon jackets at the point of distribution.

This, he explained, would be done in partnership with the state’s environmental management agency which would collect all the nylon jackets and dispose them off by burning.