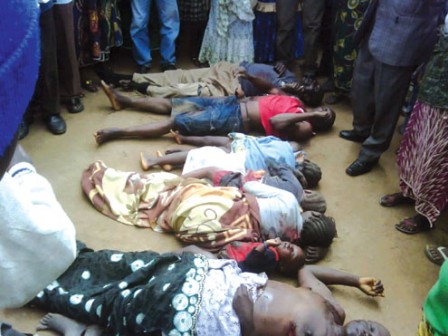 An Islamic Cleric, Sheikh Kabiru Gombe, on Saturday described as “senseless” the killings going on in some parts of the country, particularly in the north east.

Gombe said this at the ongoing commentary and recitation of the Holy Qur’an in Sokoto.

He called on Muslims to desist from any act that would lead to the killing of innocent souls.

He said that the Islamic religion forbade the killing of fellow human beings as there were divine consequences for doing so.

The cleric called on the Muslim Umma to shun all kinds of provocations that could lead to loss of lives.

He also called for more sensitisation of the Muslim faithful to the dangers involved in killings of innocent souls.

Gombe said that such sensitisation would prevent the nation from being embroiled in crises.

He tasked Nigerian politicians, especially those seeking elective positions to refrain from political violence and thuggery.

Gombe said that it was only by adhering to “politics without bitterness” that violence would be prevented. (NAN)