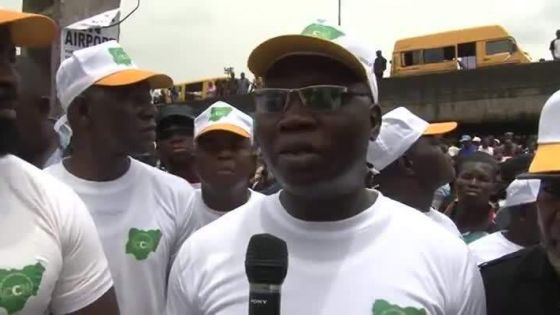 The faction of O’dua Peoples Congress led by Chief Gani Adams, says it will not participate in the protest against the withdrawal of the contract for the protection of Nigerian National Petroleum Corporation’s pipelines.
Adams in an interview with the News Agency of Nigeria on Wednesday in Lagos, said protest would not solve the problem of the contract termination.
“We had a meeting over the withdrawal of contract to protect the Nigerian National Petroleum Corporation pipelines.
“Dr. Fredrick Fasheun, myself and some other persons were at the meeting. I want to state categorically that protest against withdrawal of the contract was not part of our discussion.
“It is a contract between us and the NNPC. The issue should not be misunderstood for something else.
“I don’t want to bring ethnicity into this matter. I don’t want people to see us in a bad light.
“We read the story on this protest in the newspapers like any other person. We are not part of the protest”.
NAN recalls that the Federal Government under President Goodluck Jonathan had, in March, awarded a multi-billion Naira contract to the OPC to secure NNPC pipelines in the South-West zone of the country.
OPC had, on June 15, threatened to withdraw its personnel from the NNPC pipelines nationwide and other groups in the country due to non-payment by NNPC.
The pipeline surveillance contract, awarded to ex-militant leaders from the Niger Delta region and the South-West pressure group, OPC, was finally revoked by the Federal Government on June 16.