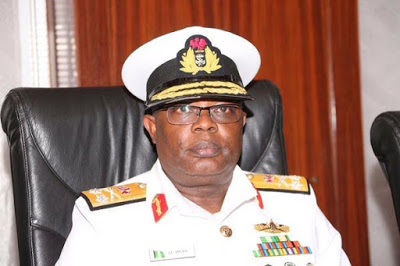 Governor Ben Ayade of Cross River has lauded President Muhammadu Buhari for the appointment of Ibok-Ete Ibas, a Rear Admiral, as the new Chief of Naval Staff.

Mr. Ayade conveyed the gratitude of his administration and people of the state in a statement on Tuesday in Calabar.

The governor said by the appointment of Mr. Ibas as the new naval chief, President Buhari had demonstrated his avowed declaration that he would be president for all.

“I wish to express my sincere gratitude to our president, Muhammadu Buhari, for the appointment of our son and brother, Rear Admiral Ibok-Ete Ekwe Ibas as the new Chief of Naval Staff.

“It is now clear to all that this is a president who is very much committed to his pronouncements as a leader. He has demonstrated that he is a man of his words and a man of conviction.
“He declared to Nigerians soon after his inauguration that he would be president for all. There is no doubt that every day, Mr President is walking his talk”, he stated.

The governor also congratulated the new naval chief on his appointment, saying he deserved his elevation.

“I wish to, on behalf of myself and the good people of Cross River State, congratulate our son and brother, Rear Admiral Ibok-Ete Ekwe Ibas on his well-deserved appointment as the new Chief of Naval Staff.

“As a true professional, I have no doubt in my mind that he would acquit himself in his new responsibility and lend his wealth of experience in combating the challenges of insecurity in the country”, Mr. Ayade said.

Mr. Ibas hails from Yakurr Local Government Area of Cross River.
He enlisted into the Nigerian Defence Academy as a member of the 26th Regular Course in 1979 and was commissioned as a Sub-Lieutenant in 1983.

He also served as Chief of Logistics, Naval Headquarters and before his appointment as Chief of Naval Staff, Ibas was the Chief Executive Officer of Navy Holdings Limited.
(NAN)