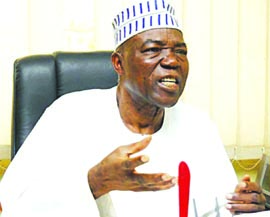 Useni in a statement made available to newsmen on Friday, described the attack which occurred last Sunday, claiming about 50 lives, as unfortunate and highly condemnable.

He called on residents of Jos north and the entire citizens of the state “to remain calm and stand in solidarity with one another “in the face of the onslaught by agents of death, destruction and destablisation on our collective resolve to remain as one united people in spite of ethnic and religious differences”.

While joining the Plateau State Governor, Simon Bako Lalong in condemning the attacks, the Senator said “it is regrettable that at a time when Muslim faithful are settled to the fulfillment of a religious obligation, agents of death, chaos and anarchy have chosen to disrupt the peace of the state by orchestrating a spate of sporadic bomb blasts to portray a state of dissatisfaction that pitches otherwise peaceful co-inhabitants against themselves”.

In the same vein, “the senator congratulates Mrs Hulder Fwangchi over her appointment as the new head of service of plateau state”, saying her appointment is well deserved.