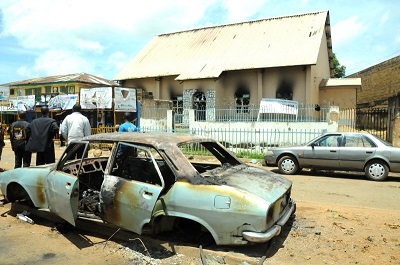 The police boss made the disclosure Monday evening at the police headquarters in Jos, the state capital.

While briefing journalists on the police’s investigations, Mr. Oki said no arrest had been made so far.

He also noted that no life was lost in the church incidents but property allegedly worth millions of naira, were destroyed.

Mr. Oki also said that 42 people were killed in the twin bomb explosions on Sunday – 20 in the first blast at a restaurant and 22 others in the second at a mosque.

50 people were hospitalized for various degree of injuries and are being treated in hospitals within Jos, he added.