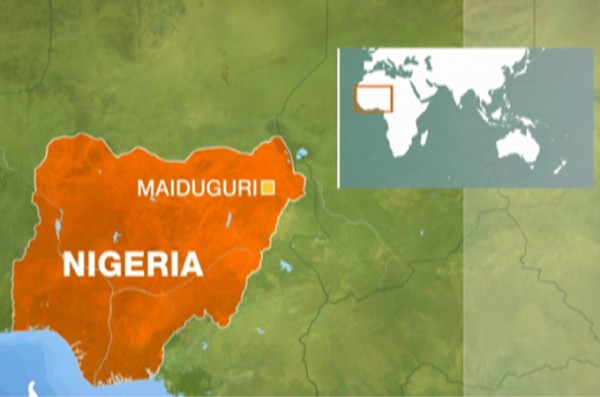 A blast has occurred in Maiduguri, the Borno State capital.

The explosion, which was suspected to be from a vehicle loaded with explosives, occurred around Bulumkutu area just in front of Shehu Elkanemi college, PREMIUM TIMES is reporting.

A witness, who spoke via phone to the online newspaper, said that “the vehicle exploded on traffic and there were two people inside the car”.

The witness, however, called back later to clarify that the blast was from the popular commercial tricycle, Keke, which was riding behind a packed police patrol vehicle.

A resident of the area, Mallam Sheriff, also confirmed the incident.

“Yes, we just heard a large explosion from the direction of the area and I can see many ambulances and military vehicles heading in the direction. God help us”, he said.