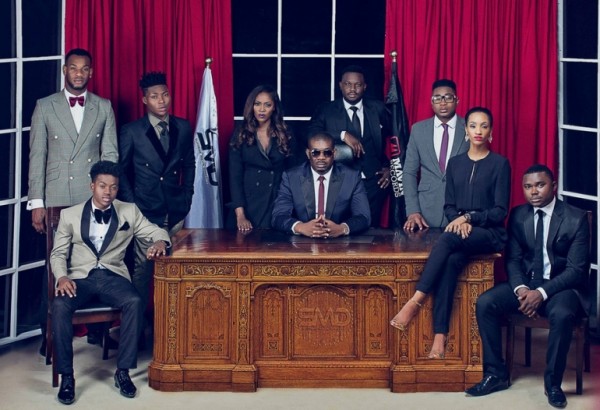 No doubt about it Don Jazzy seems to have the Midas touch when it comes to producing and churning out chart busting music and music acts.

Don Jazzy led Mavin Records no doubt is one of the top rated and respected music labels in Nigeria in recent time.

The music outfit can be likened to Kennis Music in the 90s and early 2000s, when it was the hob of the entertainment industry in Africa.

The record label is one record label many artists will give anything to be signed to the label for the level of growth Mavin artistes enjoy within a short time.

Some weeks back news filtered into town that Don Jazzy was porting to Glo from MTN as their brand ambassador.

Several theorems were given to the news. While some claimed Don Jazzy was scared MTN will not renew his contracts alongside those of his label mates, others claimed it was a ruse just meant to make MTN increase Don Jazzy and his crew sign on fee. Another school believed Don was looking for a way to get all his artistes sign on to one brand.

But the news seems to be true as to an extent. Just last week, the big boss showered praises on his lads and boasted about his label, Mavin Records, as not only to build artiste but also builds brand.

MTN renewed its contract with Don Jazzy and Tiwa Savage a few weeks ago leaving other label mates without an endorsement but that has changed as recently, Glo announced the signing of Korede Bello, Di’Ja and Reekado Banks.

It was gathered that Glo wanted to get the big ones, Don Jazzy and Tiwa Savage signed on to them but MTN was fast enough to renew their contracts for another one year.

Just last week, the big boss showered praises on his lads and boasted about his label, Mavin Records, as not only to build artiste but also builds brand.