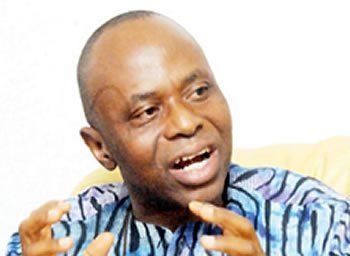 The Ondo State Government on Friday said it had not received the funds released by the Federal Government as bailout to states to pay outstanding workers’ salaries.

The government in a statement signed by the Commissioner for Information, Mr. Kayode Akinmade, said it only received N2.2bn that accrued to it from taxes, which was part of its June allocation from the federation account.

Mr. Akinmade explained that the bailout proposal presented to the President by state governors at a meeting recently had yet to produce result as modalities on the bailout were still being worked out.

The state’s Commissioner for Finance, Mr. Yele Ogundipe, said even though one of the agreements reached during the meeting was that the Federal Government would find a way to bail out the states in terms of loans and the possible sharing of the fund in the excess crude account, nothing concrete had been done in that regard.

Ogundipe was quoted as saying, “I was present at the Monday meeting and I can confirm to you that the tax paid by the Nigeria Liquefied Natural Gas was distributed among the three tiers of government in proportion to the revenue allocation formula.

“Ondo State got only N2.2bn and the local governments got N1.6bn, bringing the state’s total package to N3.8bn. Therefore, what actually came to us as a state was N2.2bn and our salary bill in a month is N4bn. So, that was not the bailout that the President meant. It was part of the money that should have been part of our allocation in June that was not shared”.