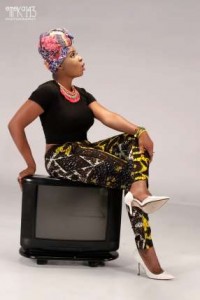 Most of you would remember how Yemi Alade blasted the BET Awards 2015 which was held in Los Angeles, U.S.

The petite energetic singer has opened up on why she blasted the organizers of the prestigious awards ceremony.

Reiterating her stand on African artistes on the continent getting the deserved treatment like international counterparts, Yemi Alade insisted that winners of BET awards should not be presented with their awards in private.

Speaking to The Punch the Effizzy Entertainment recording artist said: –

‘It would be funny for people to say that my remark on social media was because I did not win the award. That would be a very wrong thought. The communication with them was not so pleasant. They made it look as if they were doing us a favour. My thought on whether I would be nominated again at the BET Awards is very simple, God blesses and not man. If God keeps blessing me, you cannot hate but join the party.’