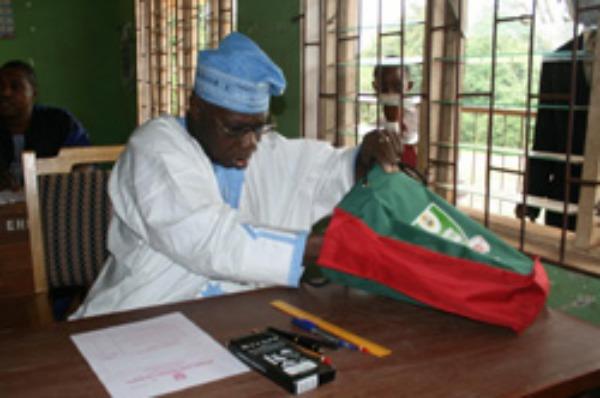 Former president Chief Olusegun Obasanjo, yesterday, said he would have loved to participate in the National Youth Service Corps (NYSC), but was disqualified because of his age.

“Somebody wrote me a letter when he got to know that I have graduated from NOUN, he wanted me to do national youth service, but unfortunately for him there is age limit,” said Obasanjo, who bagged a degree in Theology from the National Open University of Nigeria (NOUN).

He noted that the establishment of NOUN has presented a unique opportunity for Nigerians to have access to higher education in the country.

The Ogun State chairman of NOUNAA, Chief Bode Mustapha, in his remarks urged Nigerians to make use of the NOUN opportunity. He stated that the institution now boasts of a royal father, the Awujale of Ijebuland, Oba Sikiru Adetona as a law student and Prince Olagunsoye Oyinlola, former governor of Osun State as a student of Theology.