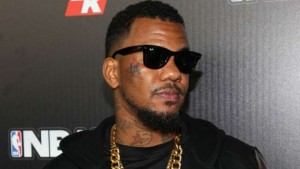 American rapper, The Game, is currently facing new charges over a photo he used for the cover of one of his most recent singles from the album ‘Six Degrees of The Game’.

Ariza Obey, a rapper and designer, filed a lawsuit against The Game with claims that he’d posted a picture he called ‘Ride Or Die’ on his Instagram in September 2014 but later found the same photo as a cover art for Game’s song, ‘Ryda’ in April 2015.

Obey also claims The Game had access to the photo because the photo was reposted on Instagram by “Love and Hip Hop: Hollywood” star Masika Kalysha, who’s friends with Ray J, who is managed by Cash Jones, who also manages Game.