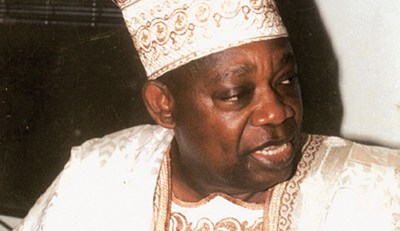 Speaking at an interactive session with journalists in Minna, Niger State ahead of his 74th birthday anniversary, Babangida who annuled the 1993 election believed to have been won by Abiola said last week, he searched for one of the letters Abiola wrote him and re-read it.

“Let me see, last week, I dug out one of the letters he wrote to me and I read it. So, that shows that I still miss him.”

Babangida commended the Federal Government on its renewed offensive against the Boko Haram insurgency, saying so far, the government has performed well.

“So far, I am confident that they are doing well. They have identified the problems and they look resolute in confronting these problems head-on and there are a lot of people in the society who are offering a lot of sound advice on what to do.”

Commenting on the state of the Peoples Democratic Party (PDP), which he once belonged to, the former military president said: “I think one of the good things we are experiencing in this country is that for 16 years there has been democracy and democratic practices in the country.

“A lot of things must have gone wrong somewhere and the right judges are the people and the people have spoken. I think it is natural they needed a change after 16 years and they did what is right. They did not go wild, they did not fight anybody; they used their ballot papers to change the government. I think this is the beauty of what happened.

“I look forward to such practices in the next 50 years of democratic practice in this country. I hope they learn from their mistakes, what they did wrong, what they did right and what they can do now to re-launch their party,” he said.

Commenting on President Muhammadu Buhari’s vow to recover stolen funds from the nation’s treasury, Babangida said: “During the tenure of my boss, President Obasanjo, he had a similar strategy and to be fair to him, he made a lot of recoveries. So, we should support this present Federal Government, which is trying to do the same to achieve the same objective. If that objective is pursued reverently, I believe it will achieve some degree of stolen funds.

“You talk about oil theft, I am sure President Buhari is resolute to stamp out all those and to bring to book all those who have tampered in stealing our oil,” he said.