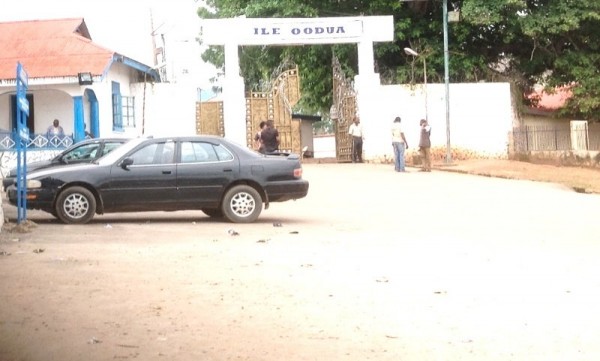 The Chief Priest of Ile-Ife town, Chief Farotimi Faloba, yesterday dismissed reports of the arrival of the Ooni of Ife’s corpse at his palace at the weekend.
There were reports that the remains of Oba Okunade Sijuade was brought into the country in a chartered air ambulance on Friday and under the cover of darkness, was taken to a secluded part of the palace called “Ilegbo”, a sacred place where all Oonis commune with their ancestors.
Rumours of the revered traditional ruler’s death were fuelled again as he was conspicuously missing at the royal wedding ceremony of one of his sons, Prince Adegbite Sijuade to media personality, Dolapo Oni in Lagos.
But Faloba, who is also the kingmaker for the stool of Ooni of Ife, said the main gate of the palace was open to members of the public and that there were no hidden activities at the palace.
He pointed out that had reports of the arrival of the monarch’s corpse been true, such would have not been the case.
Speaking in Yoruba language, the chief priest said: “I just came out from the Ooni’s palace and the Ooni is alive. If truly a corpse was brought to the palace, there would have been restriction of movement there. Of course, the palace gate would have been shut and people would not have been allowed to enter the place if such thing happened. These are parts of signs that you would have seen but nothing of such is happening now”.
Faloba also said a traditional ruler does not die in Yoruba land, urging people to respect culture.