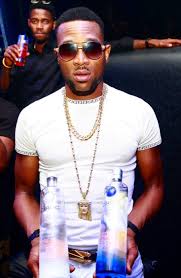 The Kokomaster, D’Banj has revealed why he is still single and without a child at 35-years old.

The energetic singer, businessman and ONE ambassador in Africa, has disclosed that his career as a musician and his brand as an entertainer has been responsible for his single status at the age of 35.

‘I had always thought I would have a child before the age of 30. That fantasy did not become a reality because I wanted to strengthen my brand,’ he said during a recent chat with The Punch.

Sadly accepting his status at 35-years old, D’Banj further said, ‘While growing up, there were some goals I set for myself and at 35; I have accomplished most of them. Sadly, I have not accomplished the primary goals. The main one is marriage. By now, I thought I would have been married.‘

The Kokomaster was however quick to reel out the laudable achievements that has made it impossible for him to get married and have kids at 30.

‘I didn’t know I would meet Kanye West while I was dreaming big as a child. But I dreamt that I would go places and people would hear my song all over the world. I also dreamt that Caucasians would dance to my music.

‘I dreamt I would top music charts across the world and all that has happened. I have dreamt of performing in front of thousands of people on a global stage and I have achieved that. For all these I am grateful to God,‘ he reeled out.