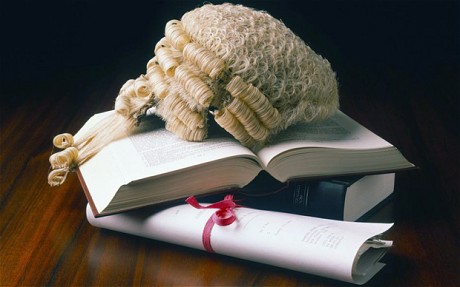 Lawyers from Akwa Ibom State have asked President Muhammadu Buhari to ignore complaints by senators elected on the platform of Peoples Democratic Party that the Economic and Financial Crimes Commission was only after members of the party.
The lawyers, under the aegis of Akwa Ibom Lawyers’ Forum, accused the PDP senators of trying to divert the attention of the president from his determination to rid the polity of corrupt people.
The Forum particularly flayed the role being played among the senators by the immediate past Governor of Akwa Ibom State and Senate Minority Leader, Godswill Akpabio.
Akpabio is currently being investigated by the anti-graft agency for alleged corrupt practices.
Consequently, the lawyers said that Akpabio, who was the arrowhead of the 49 PDP senators in the Senate, was using the opposition party and his colleagues to attack the anti-corruption agency.
A statement issued on Friday in Abuja by the lawyers and signed by their Acting President, Mr. Leo Ekpenyong, urged President Buhari not to be distracted by the PDP senators’ complaints.
The statement read, “The outpouring of the aspersion by the Godswill Akpabio-led 49 member Senate Caucus of the PDP on President Muhammadu Buhari’s anti-graft crusade is a deliberate attempt to stampede and blackmail the President.
“As ministers in the ‘temple of Justice’, we condemn Akpabio’s vituperations on the current administration’s war against corruption, which is the bane of our growth as a nation”.