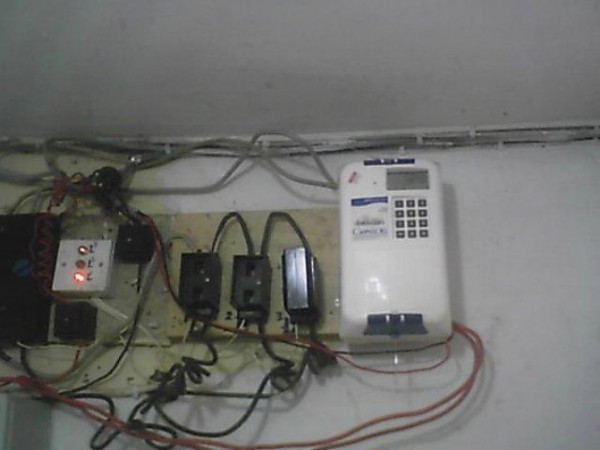 Some electricity consumers on Tuesday lauded the Senate directive to Nigerian Electricity Regulatory Commission (NERC) to halt community metering and the monthly fixed charges on electricity bills to consumers.

They told the News Agency of Nigeria (NAN) in Lagos in separate interviews that the directive was long overdue because it was exploitation for services not rendered.

Mr Ganiu Makanjuola, National President, National Association of Electricity Consumers of Nigeria (NAECN), said it was out of place for consumers to pay the charges after paying their monthly bills.

“Why the N750 fixed charge when consumers will have to pay their monthly bills.

“Senate should be lauded for the demand for a halt to the payment of fixed charges on electricity”, he said.

According to him, consumers should not be the ones to take the operational cost of electricity distribution companies.

“Paying a fixed charge on electricity is like ripping one off. It is like stealing from you. We know we are yet to fully enjoy stable power supply in Nigeria”, Majuola added.

Mr Gracious Omatseye, the Chairman of Nigerian Institution of Electrical and Electronics Engineers (NIEEE), said the halt would enable the DISCOs concentrate on their work.

“The charges are a fraud and the Senate directive is in good order”, Omatseye said.
Mr Owas Owabumuwa, the President, Amuwo Odofin New Town Residents Association, said that consumers had kicked against the charges.

He said, “Fixed charges are part of extortion, we have been clamouring against it.

“The move by the Senate is a good one and they should continue with the good work”, Owabumuwa said.
Mr Sunday Idowu, a power expert, said that the fixed charge should be stopped because electricity consumers were not enjoying stable electricity supply.

According to him, the policy that a consumer is exempted from paying the charges if he experienced a blackout for 15 days is populist in nature and only meant to assuage consumers.

Idowu noted that the 15 days should be reduced to protect consumers’ interest.
A civil servant, Mrs Maria Adelabu, said she had not benefited from the 15 days blackout directive because it had continued to reflect on her bills.

She noted that the only solution to the problem was to scrap the fixed charge.

“We appreciate the Senate for this.

“They cannot be silent to exploitation. Scrapping the fixed charge is the best thing that has ever happened in this country”, he said.

It also ordered the commission to stop the bulk metering of communities with immediate effect.