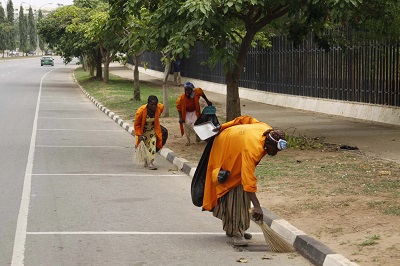 The Kano State Government has terminated the appointments of 2,620 sweepers working under the state’s Refuse Management and Sanitation Board. It also revoked all corner shops allocated to individuals within the vicinity of Sani Abacha Stadium by the former administration of Gov. Rabi’u Musa Kwankwaso

These were part of the decisions reached by the State Executive Council at the end of its weekly meeting on Thursday.

Briefing newsmen on the outcome yesterday, the Kano State Commissioner for Information, Alhaji Muhammad Garba, said the disengagement of the casual workers was necessary to avoid unnecessary expenditure.

The commissioner pointed out that government was spending N26.2 million every month, as each worker was collecting a monthly allowance of N10, 000, even “when most of them do not report for work”.

He, however, explained that the termination of the workers’ appointments will pave way for some realignment to ensure probity and accountability in the board.

“Government has already set up a committee that will screen the sacked workers with a view to fishing out those that are committed to their duties for re-engagement”, Garba said.

On the revocation of the shops allocated to individuals inside the Sani Abacha Stadium, the commissioner said it was due to security reasons.