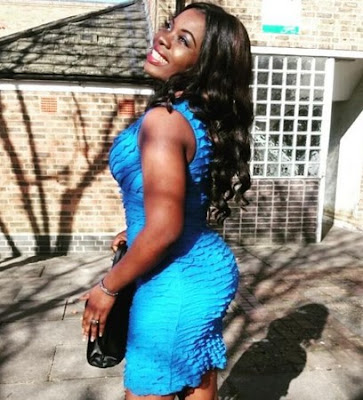 London based actress, Lola MK debuts her career as a Nollyood actress. The actress who is still in her 20s is one to watch. As an actress with passion and experience, she is ready to embrace the movie industry. Her most recent film The Lower Cut, a movie about Female Genital Mutilation (FGM) was recently premiered in London. During an exclusive interview, here is what she told us about her self:

Lola MK, is that your real name?
My real name is Damilola Aina. People choose Lola MK for me. My white friends couldn’t pronounce my name so they called me Lola. Short for Damilola and MK for Milton Keynes where I grew up. Also at my secondary school days, we had a lot of people called Damilola\Damilanre etc. So I choose Lola so I’m easily identified.

Its a jungle out there, why Acting?
I enjoy acting, because it is in my blood. I also grew up watching Nollywood movies. I got my inspiration from watching most of it, i’m a jovial person. I am passionate about acting. I put my time and devotion into some certain things which are important to me and acting happen to be one of them. 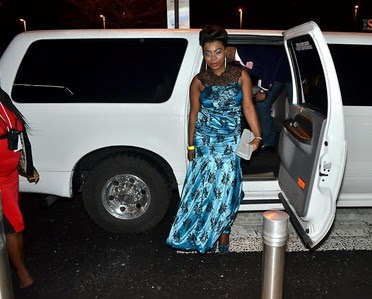 What made you venture acting as a career?
Well, when I was little, I had a conversation with my grandma, she asked me what I would like to do when i get to England. I told her I would like to be an Entertainer, “I’m going to be an actress or a singer” said. My grandma looked at me with disappointment, she took me to a corner and give me a warning of my life. Saying acting is not a job, I should look into being a doctor, accountant or a lawyer.

Some people go into acting because of the fame, the money or so. But for me, it’s a hobby. It’s something I enjoy doing. I can even act for free (laughs) I can’t see myself sitting in an office as an accountant or lawyer. I like to be on tv and movie sets. I believe acting is my call.

Tell us more about your experience as an actress including your latest movie
Acting to me is telling stories and making it believable. While growing up, people called me a drama queen in a good way, I made things believable. Acting comes very natural to me, I have always acted since i was little. I had this imagination which stock with me as a little girl. I imagined myself living in a mirrored house and I watch myself, pretending to be an actress.

about my experience, I have seen it all in the movie industry, both the good and the bad side. I always draw the good energy from everything and look on the bright side of things. I use acting as a way of expressing myself, this is the number one reason.

You leave in London, how far are you willing to travel for movie roles?
I am open and flexible with acting being my passion, i don’t want to have limits. I can travel to America, Nigeria or any other place i’m needed. I won’t let distance be a hindrance, even if it’s a last minute option. I will find a way because most of these things don’t come easily. You have to work hard for it and if you want something big, you have to move around. If you don’t move, I have found that things don’t magically sort itself out.

As an actress, how do you stand out from the rest in the industry?
One thing for me is, regardless of what role i’m playing, i am very original. I’ve seen people on set who are suppose to play a poor person, put makeup on. Focusing on themselves, their look and appearance. Not on the character they are suppose to be playing. I research about my character well and try to play it even better. I am creative, I can play different roles, a big aunty, lovely girl friend, house girl, i don’t have a limited. I study what is expected of me as a characters and deliver.

What kind of character do you like to play, are you the crazy type, the always crying one or the funny one?
If I have a choice, I like to be the boss, the madam in the role, however just in my recent movie, I played a helpless victim. I can easily cry, it hurts me when i see people in pain, or crying, I can easily adopt the situation. But i am more of Patience Ozokwor and the crazy side.

What Nollywood movies have you watched and thought to yourself, i can play this role better?
I don’t want to name a film in particular. However, i’ve seen some films where people are meant to cry and be emotional, and they don’t get it right. I think to myself, wow if I happen to be in their position, I will cry the heavens down.

People said you remind them of Nollywood actress, Funke Akindele?
London Funke lol, that is a compliment, who wouldn’t want to be Aunty Funke Akindele. She is a very good actress, and she plays her roles well. But then I am unique in my own way.

Apart from Nollywood. Are you open to other industries like the British and American movie industry?
Yes, i am open to all industry. I am very accustomed to the British society. Britain is a home to me and if an opportunity arises in let’s say, East Enders or Holby City, I will grab it. To me it doesn’t matter what industry I work for. As long as the story is out there, and people are educated and entertained, that is all that matter to me.

Are there actors that inspire you in the movie industry both locally and internationally, if so, who and why?
That’s a difficult one because everyone is good at what they do in their own way. I like Funke Akindele, Mercy Johnson. Omotola who is unique in her own way. Genevieve Nnaji is a great character. Jim Iyke, Osita Iheme, Chinedu Ikedieze, Majid Michel, Joseph Benjamin, Anthony Hopkins, Charlie Sheen, Sandra Bullock, Jennifer Aniston and the list goes on. Their diversity and the ability to play different roles is just amazing.

Which of these actors and actresses would you like to work with in the future?
Well in Nollywood, Funke Akinde is one of them. Already people compare me to her which is the biggest honour. She is a great icon in the industry. I like Omotola, she is so natural, she a business woman, she is big, bold, a family woman and so much more. I like Mercy Johnson, Nadia Buari, Jackie Appiah. In fact, I don’t have a problem with any of them, both male and female. They are all beautiful people who play their roles so well and most of them are inspirational.

What are your limits as an actress?
I’m very open to trying new things, I recognise that it is my job. I try to portray my image, however some rolls are more comfortable than others. I understand I need to relate to the character. Just like my latest movie, the FMG story happened to people I know, so I relate to them.

And finally, apart from acting and singing, what other hidden talents do you have in you?
I love to dance, I am a good dancer, I love to cook, love love travelling and I also organize events as the master planner.