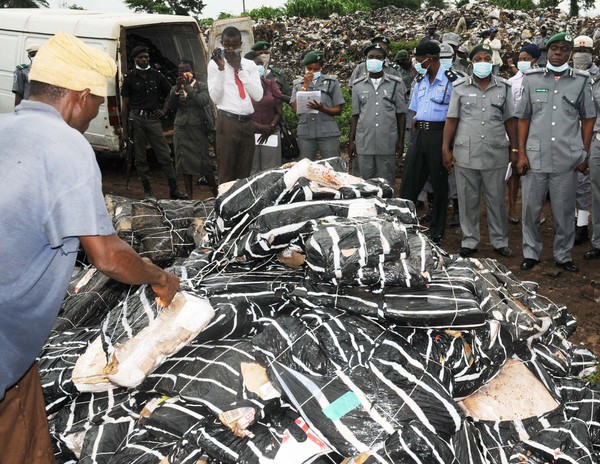 Senator representing Bayelsa East in the 8th National Assembly, Ben Murray-Bruce has spoken against the recent success recorded by the Nigerian Customs Service (NCS) which had led to the interception and subsequent destruction of contraband goods in the country.

The senator, in one of his regular tweets, advised that such goods would have been put to better use by giving them to the poor.

“Rather than destroy seized contraband, is it not better to give them out free of charge to the poor?”

This came in reaction to a recent report that the NCS destroyed 600 cartons of poultry products seized by the service.

The senator asked his followers on Twitter to air their view on the issue. “Should Customs destroy seized contraband or give them to the poor? Favorite for destroy. Retweet for give to poor,” he wrote.

Responses as at 5:45 pm showed more Nigerians are in support of giving contraband goods to the poor rather than destroying them.

Should Customs destroy seized contraband or give them to the poor? Favorite for destroy. Retweet for give to poor. pic.twitter.com/e3wUeLKrkG

According to the World Bank, over 33 percent of Nigerians are poor. Diverting contraband to the poor, according to the senator will go a long way in helping them.