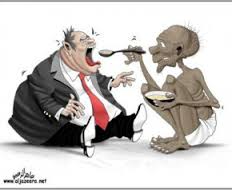 One thing most Nigerians were sure President Muhammadu Buhari was going to do as Nigeria’s president was to fight corruption. He has however not disappointed has he has commenced this promised fight against present and past corrupt public office holders. With this reality dawning on major stakeholders, varying reactions has been trailing this anti-corruption crusade. INFORMATION NIGERIA has put together some of these reactions.

One of the earliest reactions to Buhari’s anti-corruption crusade was from PDP (as expected) who accused Buhari of being selective and insincere in his fight against corruption. PDP based this allegation on the notion of Buhari’s inaction over the looting of public facilities and siphoning of state funds by the immediate past administration of Rotimi Amaechi in Rivers state.

In another attack launched by PDP earlier this month, the party challenged EFCC to also go after the corrupt leaders and members of APC. This challenge was made by the Acting National Chairman of the PDP, Uche Secondus. Mr. Secondus, went on to state that the anti-graft agency was only going after PDP members in its anti-corruption war leaving those who served under APC uninvestigated.

PDP as expected has been against the anti-corruption crusade, often tagging it as a witch hunt exercise targeted at Goodluck Jonathan’s administration. Aside PDP, another group that has been against the campaign is the Ijaw People Development Initiative, IPDI, in Delta State. Earlier this month, the group took a close look at the anti-corruption drive of President Muhammadu Buhari and concluded that it was a war against political enemies and not corruption. The president of the group released a statement saying “Buhari has not shown Nigerians any readiness to fight corruption. A good leader must begin sanctification from his house. He must first remove the veil in his own eyes before thinking of removing the veil in another man’s eyes”. He added that “It is obvious his fight is targeted at common political enemies in the country, it is to witch-hunt and weaken the opposition, if not, why has no move been made to arrest corrupt APC ex-governors, instead Buhari is providing cover for corrupt APC ex governors and other leaders”.

A reaction different from the one earlier made by PDP and the Ijaw group was made by Vice-President Yemi Osinbajo who said the anti-corruption war was not meant to intimidate anybody in the country as being insinuated in some quarters. He backed his stance on the topic saying a list of the people who have been arraigned by EFCC, so far shows that the anti-corruption war is not a witch-hunt.

Human rights lawyer, Mr. Femi Falana (SAN) is one person who has been silently supporting the approach adopted by Buhari in his anti-corruption crusade. He insinuated this in the way he recently discredited Goodluck Jonathan’s method of fighting corruption in an interview with Channels.

Buhari’s party, APC who obviously supports the anti-corruption crusade at the middle of the month described as mind-boggling the massive looting of the nation’s treasury by public officials. It noted that the government would be doing Nigerians a great disservice if such funds are not recovered.