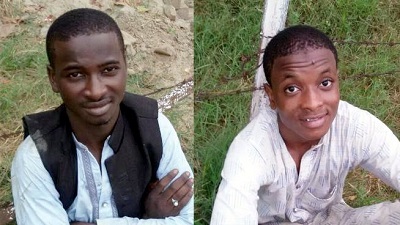 The Nigeria Immigration Service has linked the recruitment of young Nigerians into the terrorist organization, Islamic State of Iraq and Syria (ISIS) to the activities of a syndicate.
The service stated that the syndicate was responsible for processing travelling documents and visas for those it had recruited for ISIS, noting that Nigeria is an easy recruitment ground for the terrorist group as a result of the high number of jobless youths in the country.
It, however, stated that it was working with other security agencies to apprehend members of the syndicate.
It would be recalled that two Nigerian youths suspected to be on their way to Iraq to join the IS were arrested by the Indian security service a few days ago after scaling a barbed wire fence near the international border.
The two youths from Kano, identified as Imran Kabeer and Sani Jamiliu, are currently being detained by the Punjab Police in India.
Reacting to the arrest of the duo on Saturday, the NIS Public Relations Officer, Emeka Obua, said the service had commenced intense profiling of travelers as part of measures to deter radicalized citizens planning to join terrorist groups abroad.
The NIS spokesman noted that despite the measures put in place by the service, some Nigerians still managed to escape the vigilance of the agency, adding that the recruits were often attracted by the mouth-watering financial rewards offered by the IS.
Obua also lamented that the porous borders and inadequate immigration personnel, which he put at 23,000 had not helped matters.
He said, “Nigeria is a catchment area for recruiters because of the high number of jobless people in the country. The terrorist group has a syndicate that arrange travel documents, visas, ticket and money for their recruits. To counter this, the NIS now engages in intense profiling of travelers. We have always had problems of Nigerians going abroad for greener pasture. We look at the age of the intending traveler and the person he is travelling with, put them by the side and profile them thoroughly. What are their intentions for going abroad? Where are they going?”