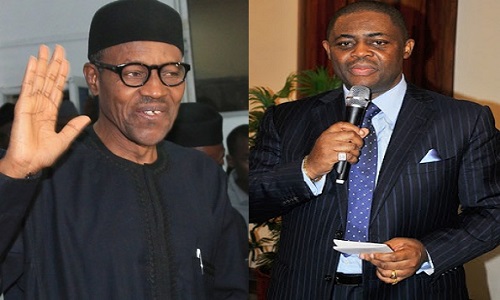 A former Minister of Aviation and chieftain of the Peoples Democratic Party, PDP, Femi Fani-Kayode, claims that President Muhammadu Buhari, who is a Fulani man, is sympathetic towards his Fulani herdsmen.

In a Facebook post titled, ‘Herdsmen from hell’ while reacting to the abduction of a former Secretary to the Government of the Federation, Chief Olu Falae, by suspected Fulani herdsmen, Fani-Kayode said President Buhari had in the past referred to Fulani herdsmen as ‘my people’.

He, therefore, argued that he was not surprised that Fulani herdsmen were hardly arrested despite their many acts of violence.

He said, “In the last few years the Fulani herdsmen have attacked, ravaged and pillaged many rural communities south of the River Niger and they have slaughtered and raped thousands of innocent people in the South-South, the South-East and the South-West.

“We recall how, after a violent clash between them and some Yoruba farmers in Oyo State in 2000, General Buhari (as he then was) led a strong delegation of northern leaders to see the late Governor of Oyo State, Lam Adeshina. On arrival, Buhari put the question to him: ‘Why are your people killing my people?’ This was a classic case of a Freudian slip.

“The Bible says out of the abundance of the heart the mouth speaks. The general had spoken his mind. Governor Adeshina was shocked with disbelief and he responded by telling Buhari that he was rather surprised that a former

Head of State would refer to one ethnic group as his people while referring to another as someone else’s”.
Fani-Kayode claimed that Buhari had never shown any concern for the plight of the people of the South, noting that this was why it took the president 48 hours to react to the former SGF’s abduction.

Fani-Kayode said it was possible that Buhari knew those behind the abduction of Falae because the herdsmen released the elder statesman 24 hours after the Presidency condemned the act and ordered the Inspector General of Police and other security agencies to rescue him swiftly and unharmed.

He added, “Another curious twist to the tale is the fact that it took the Buhari administration two days to make any formal announcement on Falae’s abduction and just the day after they (Presidency) finally did so, the elder statesman was suddenly released.

“The question is this: who is pulling the strings from behind the scenes and who is attempting to test our resolve and test the waters?”

The former spokesman for the PDP Presidential Campaign Organization said Falae’s claim that the Fulani herdsmen had links with Boko Haram should not be ignored.

According to Fani-Kayode, the Fulani herdsmen were a security threat and could easily cause crisis in the South-West having populated the entire region under the guise of selling cattle.