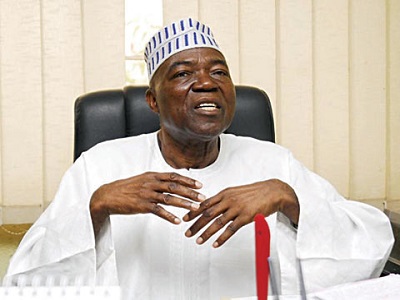 The senator representing Plateau South senatorial district in the National Assembly, Gen. Jeremiah Useni (retd.), has described claims that he, alongside the paramount ruler of Tarok, Gen. Domkat Bali (retd.) are behind the cattle rustling in Southern Plateau, as a deliberate attempt to smear their image by Miyetti Allah Cattle Breeders Association of Nigeria (MACBAN).

The North Central chairman of MACBAN, Danladi Chiroma, had earlier this month, accused the senator and the Ponzhi Tarok, of looking the other way while their tribesmen rustle cattle belonging to Fulani herdsmen.

However, a statement issued by the head of Senator Useni’s media office, Abubakar Yusuf, on Sunday, said the claim by Chiroma was intended to smear the good name of the former FCT Minister and the traditional ruler, in the stealing of the cattle.

The statement added that, “for MACBAN chairman to have just come up to tell a story tarnishing the good names of Senator Useni and the Ponzhi Tarok, we see it as an attempt of giving a false information aimed at damaging the hard-earned reputation of the duo, a misrepresentation of facts and further create hatred, distrust and suspicion among the peace loving people of the zone”.

“It is, indeed, unfortunate for anybody or group of persons to embark on stealing people’s property, igniting violence and above all, killing innocent people, which Senator Useni, always stand to condemn in strong terms”, the statement said.

It stressed that both General Bali and Senator Useni, were in Europe for medical check-up at the time the said 456 cattle were rustled.