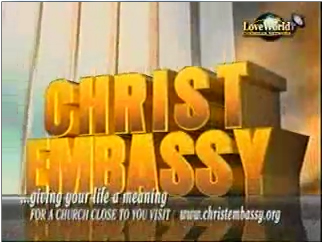 The Christ Embassy Church on Friday said it has taken 10,000 children off the streets and have given them a new home.

Pastor Ciji Darah, the Warri zonal head of Christ Embassy made this known while briefing newsmen on the 2015 Reach Out Nigeria (RON) project of the church.

Darah, who was represented by Mr. Yemi Morakinyo also said that out of the 10,000 children, 57 were adopted in Warri.

“We have 30 million copies of Rhapsody of Reality to be distributed this year and in Warri zone we are going to distribute 2.5 million copies within a period of three months,” he added, stressing that the ministry would continue to impact on the lives of the people through the spread of the gospel of Christ and other positive avenues.

Darah said the theme of this year programme was Dawning a new nation. He noted that the annual event which started in 2007 would also feature a football tournament, youth empowerment as well as medical services.

The pastor said the aim of the event was to further propagate the Word of God throughout the country.