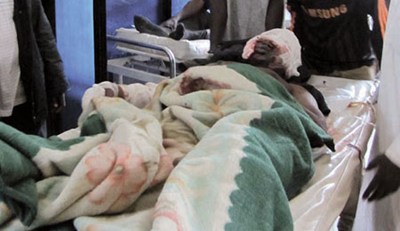 Victims and relations of those that were affected in the bomb blasts that hit the Kano Central Mosque, Kwari market and a petrol station at Hotoro quarters, have received the sum of N80.5 million from the Kano State Government.

The cheques were presented to the beneficiaries on Sunday at the Government House, Kano by Gov. Abdullahi Ganduje.

According to Ganduje, victims identified by the State Government were 289, of which 139 died and the remaining 150 sustained injuries.

“The donation today did not serve as a means of compensation, but to gather and pray for the souls of the victims.

“The amount disbursed today was also solely a support by the state government as a relief package for the families and victims of bomb blasts in the state”, he said.

Mallam Ali Sani, who spoke on behalf of the victims and families of deceased persons, thanked the governor for the gesture.