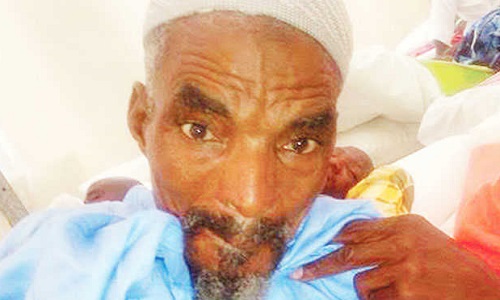 A Nigerian pilgrim from Kebbi State has narrated his close shave with death in the stampede that claimed more than 700 lives and left at least 805 pilgrims injured injuring at least 805 others.
The tragedy had struck on day three of the five-day pilgrimage in Mina, Mecca on Thursday while the victims were on their way to stoning the Jarma.
The pilgrim, 65-year-old Malam Umar Mohammed Umara, who recounted his ordeal at the Kebbi State Pilgrims camp in Mina, said he was practically buried under piles of bodies that were crushed during the stampede for over six hours, but was lucky that his head was spared.
“I was so weak and exhausted from the long trek from Muzdalifa when we ran into an Arab man whose wheelchair was caught up in the crowd coming from the opposite direction”, Umara narrated.
“Pilgrims started crushing each other while some who were stronger used us as ladder to scale through fences of the Arab tents on both sides of the road”, he added. “Many pilgrims were crushed and Killed on top of me, but God spared my life when security agents and rescuers were evacuating dead bodies found my head moving”, the frail looking Umara narrated.
He, however, complained of severe pains on his chest, arms and parts of his body where he was bitten by an Arab man, who struggled to scale over a fence in his fight for survival.
“Unfortunately, he was crushed alongside many pilgrims right on top of my chest. I’m still in pain and still have not eaten”, he added.
Umara confirmed seeing dead bodies of many Africans littered around and expressed thanks to God for being among the lucky survivors in a tragic incident, said to be the worse in recent times.
Chairman of the Kebbi State Pilgrims Task Force and the Deputy Governor of the state, Samaila Dabai Yombe, said frantic efforts were being made to ensure that all pilgrims from the state were accounted for.
Towards this end, he said instructions had been passed to camp leaders to conduct a head count of all pilgrims and to search for those missing.
“We pray to Allah to grant all those who die in the stampede Aljanna Firdausi and all those injured quick recovery”, he said. “We are lucky, because many of our pilgrims had already passed the scene when the incident happened”.
Unconfirmed sources say many Nigerians especially were feared crushed in the stampede including a Professor at the University of Maiduguri and Bilkisu Yusuf, a veteran female journalist.
Source: Daily Trust