Nigeria-born doctor based in the United States. Dr. Bennet Omalu is a forensic pathologist, who discovered a new disease that he named chronic traumatic encephalopathy, or CTE, after he conducted the autopsy of famous American footballer, Mike Webster. 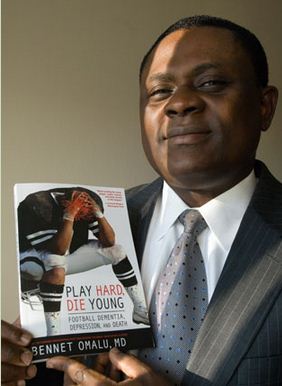 He is currently the chief medical examiner of San Joaquin County, Calif. and a professor in the UC Davis Department of Medical Pathology and Laboratory Medicine.

He is also the author of the book “Play Hard, Die Young”.

Will Smith will be playing the role of Bennet Omalu in his new movie ‘Concussion’ which is set to be released on Christmas day, December 25.

The first trailer for ‘Concussion’ Will Smith’s latest movie has just been released and in the NFL based movie, Omalu, whose “emotional quest puts him at dangerous odds with one of the most powerful institutions in the world.”