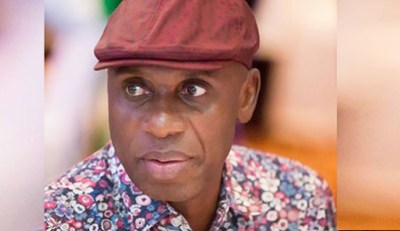 The All Progressives Congress (APC) in Rivers State on Friday declared that the witch-hunting and sponsored probe against the former Governor of Rivers State, Chibuike Rotimi Amaechi by the Peoples Democratic Party (PDP) in the state, is a waste of time.
The state Deputy Chairman of APC, Prince Peter Odike, who stated this while addressing the press at the party’s secretariat in Port Harcourt, said the plan for Wike led PDP in the state is to shut Amaechi out of the political space, which he said is impossible.
Odike said the commission of inquiry set up by the governor and the petition to the Economic and Financial Crimes Commission (EFCC) against Amaechi were all ground plans orchestrated by the PDP and their cohorts to deny the former governor appointment in the President Muhammadu Buhari administration.
The party recalled that, Amaechi, who was a former chairman of Nigerian Governors Forum, resisted the pressure mounted by some unpatriotic elements backed by former President Goodluck Jonathan to control the resource of the state.
He alleged further that the PDP plan to politically pull down Amaechi was intensified in the month of August when they realised that President Buhari is expected to name members of his Federal Executive Council and other strategic appointments.
“I am calling on the elders, young men and women of Rivers State and indeed the Niger Delta Region to rise in union and to tell these few actors represented by the current occupants of the Brick House especially PDP in the state that the sound of their drums is of war.
“They want to shut out Amaechi out of political space but they can’t because their plans are evil. Their actions are becoming inimical to the progress in Rivers State. They are not happy that Amaechi fought the political battle of his life to ensure Buhari’s victory at the poll.
“We therefore enjoin the good people of Rivers State to discountenance this ill-motivated selfish and devilish campaign of calumny against the great son of Niger Delta. Rivers people should refuse to be part of any gang –up geared toward destroying what Amaechi has built in the state”.