Coach of the Nigeria U-23 team, Samson Siasia, has praised his side’s fighting spirit after Saturday’s hard earned 1-1 draw against Senegal in their final group fixture of the ongoing All-Africa Games.

The draw ensured the Dream Team VI top Group B and avoid facing host nation Congo in the semi-finals on Tuesday.

“My boys made me proud, I love their fighting spirit, to concede a goal that late and come back to equalise is a sign that the boys have a strong mentality, I must also commend Mustapha who was able to calm his nerves to score the equaliser, for now let’s just go and savour our qualification for the semi finals, as this draw has made us to avoid the host (Congo) who would have been tough to play, I would prefer playing them in the finals.”

Siasia also revealed that he will tweak his side for their last four clash with either Sudan or Burkina Faso – possible candidates for Group A’s runners-up berth.

Congo have already posted an unassailable six points and need just a draw against the already-ousted Zimbabwe in their final group game. 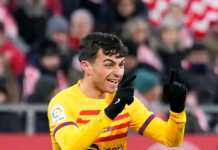