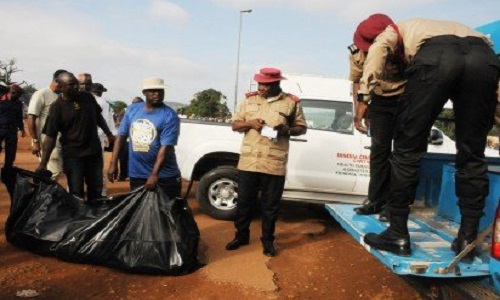 Governors elected on the platform of Peoples Democratic Party on Sunday condemned Friday’s bombings in Kuje and Nyanya areas of Abuja, describing the dastardly acts as cowardly, brutish and offensive to the collective well-being of all Nigerians.

Speaking under the aegis of PDP Governors’ Forum led by Governor Olusegun Mimiko of Ondo State, the governors questioned whatever motive that can justify the spilling of innocent blood.

In a statement released in Abuja on Sunday and signed by the Coordinator of the forum, Mr. Osaro Onaiwu, the PDP governors also called on President Muhammadu Buhari and the security agencies to redouble their efforts at bringing to justice those who continue to terrorise the nation, adding that they will continue to support any effort aimed at bringing peace and security to all Nigerians.

While sympathising with the families of the victims of the bombings, the PDP Governors’ Forum also called on Nigerians to be vigilant and report any suspicious movements to the security agencies.