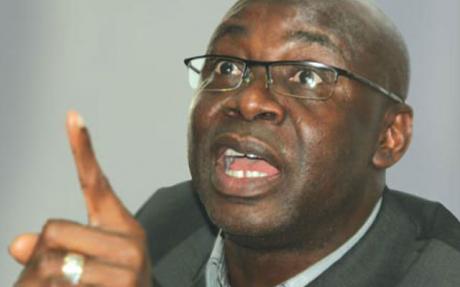 The Serving Overseer of the Latter Rain Assembly, Lagos, Pastor Tunde Bakare, has lampooned students in the country for losing their voice against the socio-economic and moral decadence in the country.

He observed that the society ills has replicated itself on campuses.

Bakare said this at the first National Students’ Summit organised by the Campus Life Project, the National Association of Nigerian Students and the Reach Out Integrated in Lagos on Saturday.

The Convener of the Save Nigeria Group blasted NANS for endorsing the botched third term agenda of former President Olusegun Obasanjo just as he decried the spate of corruption, violence, incompetence and cluelessness among Nigerian politicians, which, he said, had become the characteristics of politics and leadership among students on campuses.

Bakare said, “We need to talk about the catastrophic quality of governance in the student unions with due respect to the few exceptions; we need to talk about how the corruption, aggrandisement, violence, incompetence and cluelessness among Nigerian politicians have become the characteristics of politics and leadership among students on campuses.

“We need to talk about the shameful endorsement of Obasanjo’s third-term agenda in 2005 by the National Association of Nigerian Students then led by Kenneth Hembe.

“We also need to talk about how student union leaders in different universities would scramble to share largesse from Nigerian politicians rather than speak truth to power.

“Before you talk about the profligate spending of politicians in your state capital or Abuja, you need to talk about how student leaders budget millions of naira for phantom phone calls”.

Bakare stated that unlike when there was one major fellowship – the Lagos Varsity Christian Union – when he was a student, the many campus fellowships and churches today “are as powerless and helpless against the ills of the campus society as are the churches and mosques on the city streets”.

The former vice presidential candidate of the defunct Congress for Progressive Change, CPC, who decried the poor self-governance among students, said it was a shame that students protest over bed-bug infested mattresses.

Students of UNILAG had protested against bed-bug attacks in their hostels recently.