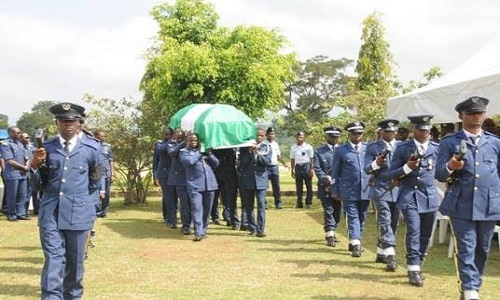 Late Flight Lieutenant Ebitimi Owei, who died on October 10th in Yola, Adamawa State while combating Boko Haram insurgents in the Northeast, was laid to rest yesterday at the National Military Cemetery, Abuja.

Owei paid the ultimate sacrifice when the ill-fated Nigerian Air Force F-7 fighter jet he was piloting, encountered a heavy windstorm and crashed.

There were unconfirmed reports that he ejected before the aircraft crashed but he still died.

Born on October 13, 1984, Owei was commissioned into the NAF as a pilot in 2008. He is survived by a wife, two children, parents and siblings. 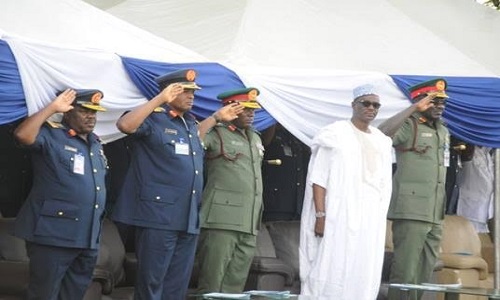 The burial ceremony was attended by all the Service Chiefs led by Chief of Defence Staff, Gen. Gabriel Olonisakin.