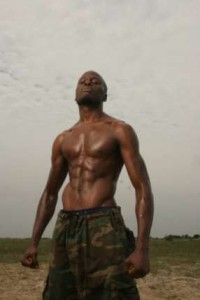 Today, we celebrate the birthdays of 2 Nigerian celebrities.

Fast-pace rapper, Ikechukwu Onunaku was born and raised in America and was also a former member of the marines in America. Not forgetting he’s a black belt in Taekwondo.

Ikechukwu has three albums under his belt and was finally signed to Storm Records.

The rapper runs his own label World Famous Akademy; within the last three years he has transitioned into acting.

Today is also the birthday of hit music producer D’Tunes.

D’Tunes whose real names are Adesanya Doyinsola at 20, had worked with acts such as Faze, Ruggedman, Dipp, Silver Saddih, Lord of Ajasa, Cap B, Iceberg Slim, Rico White, Shank, Hakym d Dream, Rasheed and many others.

His big break came when he produced Iyanya’s monster hit ‘Kukere’ in 2011. He went on to produce Iyanya’s successful album Iyanya vs. Desire.

He left Triple MG as its in-house producer to set up his own label Difference Entertainment.
He signed Sean Tizzle and made him a pop star.

Happy birthday to Ikechukwu and D’Tunes!