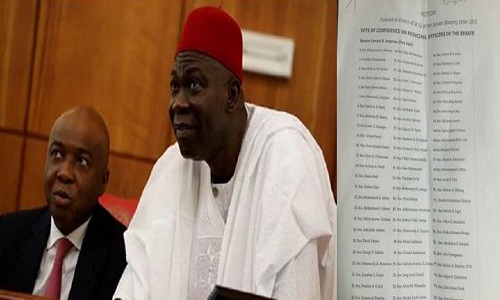 Less than 24 hours after the Chairman, Senate Committee on Business and Rules, Senator Babajide Omowarare (APC-Osun East) withdrew his assent to the vote of confidence passed on the leadership of the Senate by 83 Senators, another Senator, Sabo Mohammed Nakudu (APC-Jigawa Southwest), has also withdrawn his endorsement.
According to Nakudu, he was not consulted before his name was included in the list of senators who signed vote of confidence on the Senator Bukola Saraki-led Senate on Tuesday.
The Senators had passed a vote of confidence on Saraki, who is currently standing trial before the Code of Conduct Tribunal, amid speculations that he was going to be asked to step down pending the outcome of his trial.
The list of Senators purportedly endorsing the Saraki and Ike Ekweremadu-led senate had the names of 48 Senators from the opposition Peoples Democratic Party (PDP) and 35 from the majority All Progressives Congress (APC).
According to the list, Nakudu’s name was on No 41.
However, in what looked like a back track, Senator Nakudu said “I want to assure my constituents that I am a loyal party man and committed to our great party”.
See a handwritten copy of Senator Nakudu’s purported statement below: 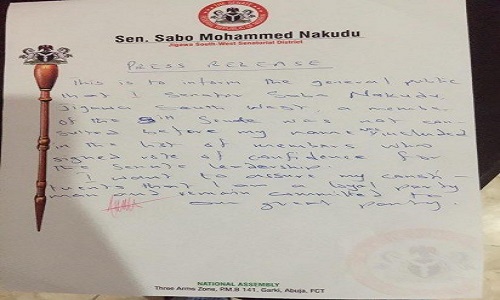 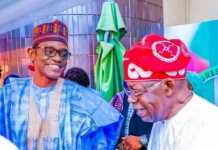