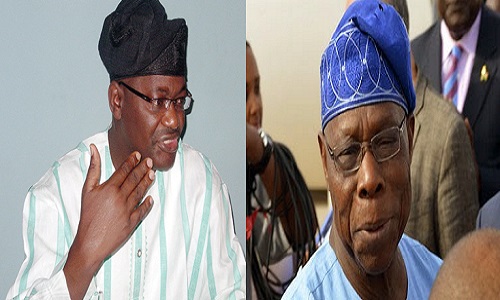 The governorship candidate of the Peoples Democratic Party (PDP) in the last general elections in Ogun State, Mr. Gboyega Isiaka, has said the party is mapping out strategies aimed at resolving all the grey areas that made former President Olusegun Obasanjo to dump the party.

The former president had dumped the PDP and publicly ordered that his party’s membership card be torn just before the 2015 general elections, to demonstrate his grievances with the party on whose platform he governed Nigeria for eight years.

Obasanjo had also announced his retirement from partisan politics once he quit the PDP, preferring to be an elder statesman.

But Isiaka, in an interview with reporters on Wednesday at the PDP national secretariat, Abuja, said Chief Obasanjo would return to the party as soon as the contentious issues that led to his unceremonious exit, were resolved.

He said the former president is indispensable in the political calculation of the country, adding that even as he left the PDP, the party still considers him a father figure.