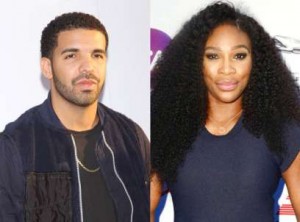 The Tennis champion is reportedly dating Reddit co-founder Alexis Ohanian, according to US magazine.

A source revealed that their relationship is brand new and “they met at a lunch” and that Serena’s affair with Drake was simply a ‘flirty friendship’.

Insiders say the tennis pro is now making her love life as part of her routine, bringing her new guy, 32, to her workout at the Los Angeles School of Gymnastics on Saturday, October 24. “He called her babe and they held hands,” says an onlooker.

“He said he’d never been into tennis until they started dating!” says the source who admitted that Ohanian has even been getting into her sport of choice.

Williams lost her bid for the first Grand Slam in tennis in 27 years on Friday, September 11, to Roberta Vinci. The tennis star’s fans were quick to take to the Internet to blamed her rumored affair with Drake, 29, for her defeat.

The rapper had been rooting for Williams from the stands.