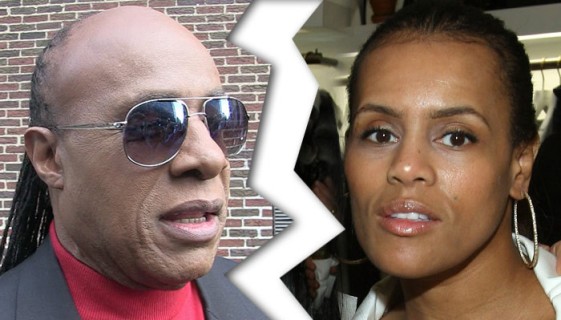 65 year old singer Stevie Wonder has officially divorced his second wife, fashion designer, Kai Millard Morris. The couple married in 2001 and had two children together. They officially separated in 2009 and Stevie filed for divorce in 2012. Under the settlement according to TMZ, the ex couple agreed to joint custody and Stevie agreed to pay $25,000 a month in child support for their 2 kids … ages 14 and 10.

Stevie used his thumbprint instead of a signature to sign off on the settlement.

Stevive Wonder was previously married to Motown singer/songwriter and frequent collaborator Syreeta Wright from 1970 until their amicable divorce in 1972.
Source: Linda Ikeji Blog