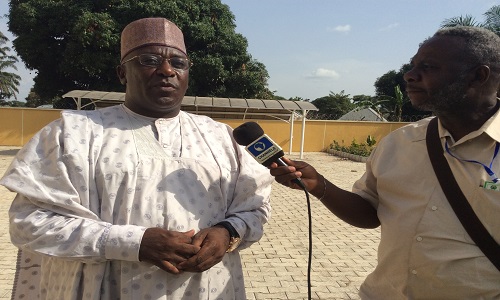 The National Assembly Elections Petitions Tribunal in Taraba State, on Wednesday nullified the election of Bashir Marafa of the Peoples Democratic Party, PDP.
In the judgement, the tribunal ordered the Independent National Electoral Commission, INEC, to issue Certificate of Return to All Progressives Congress, APC, candidate, Yusuf Abubakar.
Reading the judgement, one of the members of the tribunal, Suleiman Yusuf, said the petitioners in case, the APC and its candidate had proved their case beyond reasonable doubt.
The tribunal held that the election of Mr. Marafa, who represents Taraba Central in the Senate, could not stand as he did not score the lawful majority votes in the March 28 election.
The tribunal therefore ordered the Independent National Electoral Commission, INEC, to return Mr. Abubakar as the candidate that scored the majority lawful votes during the polls.
It said that the petitioners, whose main complaint was non-inclusion of results in 16 polling units in Kaigamma Ward of Bali Local Government Area in the overall result, had substantially proved their case.
The tribunal said that the swapping of the results of Social Democratic Party, SDP candidate with the ones of the PDP’s candidates in Takalafiya Ward was also substantially proved.
According to it, the alleged cancellation of results at collation centres, after the presiding officer had announced same results at the polling units, contravened the Electoral Law.
It said that non-inclusion of the results of 16 polling units where elections were credibly conducted and announced was also against the law.
The tribunal held that after re-collation of the results, the APC candidate scored 66,097 votes, while Mr. Marafa of PDP scored 64,356 votes.
The tribunal, therefore, directed INEC to issue the Certificate of Return to the APC candidate as the duly elected candidate who scored the lawful majority votes at the election.
(NAN)