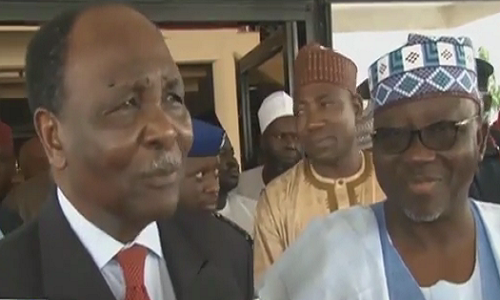 Former Head of State, General Yakubu Gowon (retd.), has dismissed any potential threat to Nigeria’s continued corporate existence as a result of the activities of some pro-Biafra groups.

General Gowon, who was at the helm of affairs of the nation when the Nigerian civil war broke out in 1967, noted that Nigerians have put behind them the ugly memories of the three year bloody conflict, adding that those behind the protests were youths who have no idea what the war cost Nigerians.

He, however, said he wished he could meet with the pro-Biafra secessionists to counsel them on the dangers of beating the drums of war, adding that “if there’s anything of the sort, anywhere in any part of the country, just like the Boko Haram issue, Nigeria should deal with it in a mature way”.

The elder statesman stated this in Lafia, the Nasarwa State capital shortly after a malaria eradication campaign visit to Governor Tanko Al-Makura.

Gowon further opined that pro-Biafra campaign was being driven by just a few people and that the generality of the Igbo people do not share the view.

While admitting that the protesters had the right to express their feelings, Gowon stated “with Biafra, it is finished”.