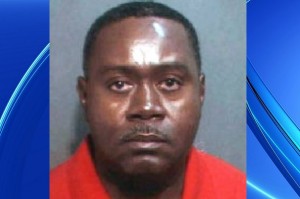 A Woman who decided to go to church services, was horrified to learn that her husband recently married another woman at the church.

WWWN reports that the pastor, standing on the altar in front of the members, announced that her husband, Patrick Celicourt, had married another woman. 57-year-old Miltha Plaisimond was sitting in church listening to the pastor announcing the new marriages of church members.

That was when she suddenly heard the name of her husband.  Plaisimond and her husband who came from Haiti, have been married for 21 years and they have 2 children together.

An embarrassed Plaisimond, went home to get her marriage license and then filed a police report with the Orange County Sheriff’s Office. Celicourt, 49, was arrested on charges of bigamy and making false official statements, according to police.