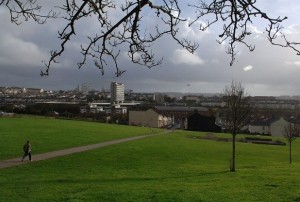 A 36-year-old woman has admitted to urinating in front of a Muslim family while they prayed in a park.

The woman from Stonehouse in Plymouth pulled her trousers down and urinated in front of the family in the city’s central park.

Farrell previously denied the offence, which took place on August 16, but has since changed her plea.

According to UK Express, the Muslim couple were with their 10-year-old son and eight-year-old daughter at the time.

Natalie Richardson, aged 32, has been jointly charged with the racially-aggravated offence and has pleaded guilty – though the pair have not appeared in court together.

Mother-of-three Richardson, also of Peel Street, Stonehouse, has also pleaded guilty to common assault after pushing a passer-by in the chest.

The case was adjourned while a pre-sentence report is prepared. Farrell is due to appear at Plymouth Crown Court on November 27.