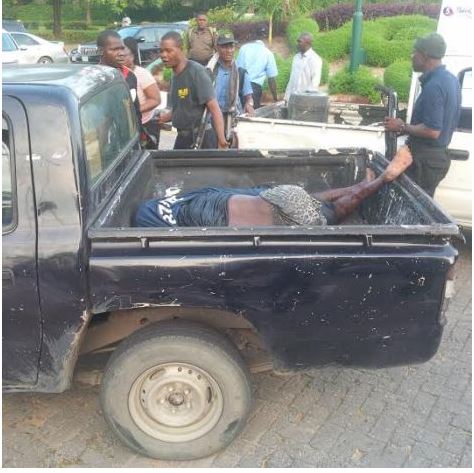 One of the armed robbers terrorizing VGC Estate in Lagos was caught in the early hours of this morning. The robber and his gang came to rob a house on Road 53, but were unsuccessful as armed guards opened fire. One escaped with bullet wounds while this one was caught hiding inside a drainage. He’s been handed to the police officers at Ajuwe police, in Aja.