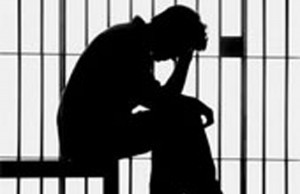 Assistant Inspector General of Police, Bala Hassan, who is in charge of Zone 2 Police Command, Onikan, says that certainty of arrest and prosecution of criminals in the country would discourage the perpetrators.

Speaking on Monday in Lagos while speaking on the arrest of some armed robbers and measures put in place to secure the waterways and make the Yuletide crime-free, Hassan said:

“When there is certainty of arrest, prosecution and punishment, people will be deterred from committing crime. That is our philosophy.

“The Inspector-General of Police (IGP), Mr Solomon Arase, has also strengthened the legal department so that when we are constructing such cases, we will use our own lawyers.

“We have a superintendent of police who is in charge of the legal department.

“He is experienced to ensure that we appear in court at any given time the case is adjourned to and when we do that, criminals will not be let off the hook,” he said.

“We know the importance of such cases because if we do not prosecute diligently, they may be let off the hook. We must prove our cases beyond reasonable doubt.

According to Hassan, several measures have been put in place to secure the highways and give confidence to Nigerians who wish to travel during the Christmas season.

“We have put in several measures, like if you move from the toll gate down to Ogun, we have the Safer Highway Patrol team and this does not even end there.

“The IGP has put them all over the federation to give confidence to members of the public.

“As Christmas is coming, many people will like to travel to different parts of the country; this is to give them assurance that robbery will be curbed.

“We have also talked to the I-G to give us helicopters which we shall use to monitor any criminal activity because if you commit a crime, the helicopter will help us locate you.

“And with the men on the ground, we will get the criminal arrested,” he said.