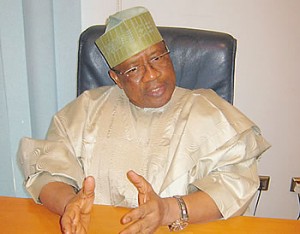 Former military president Ibrahim Babangida has said that he would not seek any political post in Nigeria again.

He made this known on Tuesday in a statement signed by him in Minna.

Babangida had turned down an invitation by the PDP for a rebranding conference. However, he said he would continue to offer his wise counsel to all politicians towards building a better Nigeria.

“If I called it quit in 2011, why would PDP contemplate fielding a 78 year-old man in a presidential election in a country that parades very vibrant men and women of lesser age?

“I have no intention whatsoever to run for any office again in Nigeria,” he said.

Babangida said that the invitation by the PDP would amount to playing partisan politics if he attended the conference.

“While I welcome the invitation to the event as a mark of respect as one of the founding fathers, I want to be excused on the grounds that I have long bid bye to partisan politics.

“Four years ago at an elaborate event at the Transcorp Hilton Hotels Abuja, I announced my retirement from partisan politics after my failed attempt to contest for President,” he said.