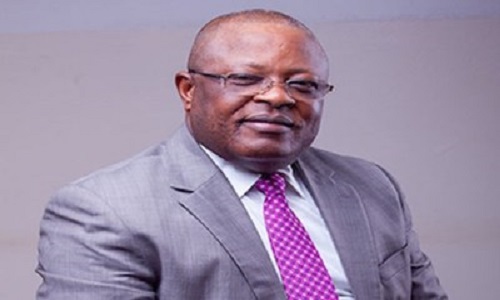 The Ebonyi State Government on Monday condemned a Non-Governmental Organisation’s rating of Governor Dave Umahi as one of the worst performing governors in the country.

Senator Emmanuel Onwe, the Commissioner for Information in the state, told newsmen in Abakaliki that the rating published in a national newspaper on Sunday was a “falsehood”.

Onwe said: “The sensational false parading as a news report was based on the research, purportedly conducted by an obscure entity called Centre for Advanced Professional Studies.

“The government expresses its outrage that a public platform could be given to blackmailers and extortionists to ply their disreputable trade.

“On October 12, a man named Kunle approached me and demanded a collaborative effort between the Ebonyi government and the CIAPS, which he claimed he represented.”

According to Onwe, the Kunle proposed that Ebonyi State and its governor would be given positive publicity through ranking him among the best governors in the federation.

He said: “This would be in return of a bi-annual payment of N10 million to CIAPS, as he proceeded to demand a down-payment of N5 million.

“I dismissed him with contempt, pointing out that Ebonyi is not in the business of paying cash for favourable ratings”.

The commissioner remarked that the report contained in the national daily was ridiculous when compared with massive development going on in Ebonyi State.

Onwe said: “This can be viewed in terms of road constructions and rehabilitation, electrification, purposeful leadership, education, security, among others, which are the governor’s giant strides.

“Workers salaries for September and October were paid before 25th of both months, as salaries are not owed workers in the state.”

Onwe regretted that serious public commentary was hijacked by blackmailers and extortionists who traduced those that refused to “grease their dishonourable palm”, adding: Governor Umahi remains undaunted by the efforts of the charlatans as he remains committed to fulfilling all his campaign promises to the people”. (NAN)